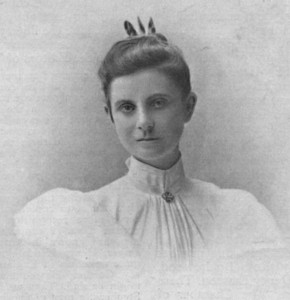 Elia Wilkinson Peattie, born in Michigan in 1862, had been attracted to writing and publishing all of her life. After her marriage in 1883 to Robert Peattie, a reporter for the Chicago Times, the couple spent their evenings writing stories together to supplement Robert’s sporadic newspaper income. In 1886, Elia officially joined the staff of the Chicago Tribune. The editor, R.W. Patterson, asked her to take on the responsibilities of their Art and Society page, and she accepted quickly, even though she knew little about either. Peattie’s modest columns lead to larger fields, and she soon became the first woman reporter for the Tribune and the second “girl” reporter in Chicago, working day and night beside some of Chicago’s best men journalists.

Meanwhile, the Omaha Daily World, founded by Gilbert Hitchcock in 1885 and the Omaha Daily Herald, established by George L. Miller, were both floundering financially. It was into this financial and transitional insecurity that Elia and Robert Peattie plunged in 1889 when Robert accepted the position of Managing Editor of Miller’s Herald. Elia urged Robert to accept the position because they had also offered her the chance to write bylined editorials, putting both of them on a regular payroll. When Hitchcock decided to buy the Herald and merge the two newspapers into the Omaha World-Herald, Robert continued as Managing Editor.

To make the Omaha World-Herald competitive, Hitchcock followed the example of Hearst and Pulitzer, popularizing the content of the newspaper to entertain as well as inform the working class people of Omaha. This approach fit Peattie’s talents and personality well. A fiction and poetry writer at heart, Peattie declared,  “I enjoyed my writing on the paper, and was given a free hand, putting the fictional touch on most of the things I did and being permitted to sign my articles” (Star Wagon 72-73).

By 1890, Peattie was given her own column, one of the most sought after assignments on a newspaper. According to Maria Braden in She Said What?, “Columnists enjoy fame, independence, and a special relationship with readers. . . .Unfettered by the need to be objective or fair, columnists can be scathing in their criticism, unabashed in their praise, funny or poignant, arrogant or intensely personal” (ix). Often the bolder their remarks, the larger their following, and many columnists become local or even national celebrities. This was Peattie’s case. She admitted, “At that time Nebraska had no writers of celebrity and it did not take long to make a gay little reputation. There were great fights on, too, and it was the fun of the world breaking lances against established trends and misbehaving folk” (Star Wagon 73). 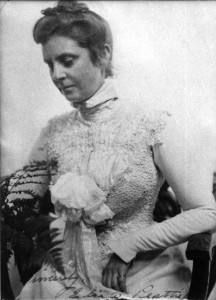 Not only was it unusual for a young journalist to be allowed a byline, but it was even more rare for a woman to be hired into a “good old boys” establishment. Most mass-circulation dailies were published in “grimy, noisy downtown offices and printing plants. These were considered off-limits for women, who were expected to conform to the prevailing ideal of ‘the lady,’ a genteel creature who remained at home.” Writing, however, if carried on in the home, was acceptable for women, especially if their topics were sentimental and targeted for other middle-class women. Such “Literary Ladies” often sold their works to newspapers, “but they rarely ventured into newspaper offices” (Beasley and Gibbons 8).

However, a few daring women, like Jane Cunningham Croly, Ida Wells, Nellie Bly, and Frances Willard, worked side-by-side with newspapermen. Although often negatively labeled “sob sisters” for their sentimental accounts, such women journalists continually struggled against cultural and political barriers that persisted in the newspaper world. By 1880, out of a total of 12,308 journalists, only 288 were women. By 1900, the field had grown, and of the 30,098 journalists, there were now 2,193 women writing for newspapers.

For the next eight years, Elia made her voice heard and proved that not all of the women of the West were “gentle tamers.” As one of the first Plains women to write editorial columns in a major newspaper that addressed public issues, Peattie’s often irreverent remarks show us a side of the frontier often overlooked. Peattie’s intellectual background, her use of irony and humor, her ability to employ various genres and literary approaches, and her undaunted “impertinence” produced a strong voice in waging her editorial campaigns. As a result, she became a vital catalyst for social change and a successful role model for promoting personal and professional independence for women.

An avid newspaper reader, not just of local papers but of news around the world, some of Peattie’s most interesting articles and columns dealt with stories and issues that made front page news. And front page headlines were what were selling newspapers in the 1890s.

Priding herself on the editorial nature of her features as well as her daily columns, Peattie’s voice became stronger and stronger as she grew in experience and maturity. She became more outspoken on controversial current issues, such as the unjust treatment of Native Americans, prostitution, capital punishment, and faith healers, and her views often conflicted with majority opinions, especially with those she considered to be of the materialistic, self-righteous upper class. However, she always maintained a sense of humor, or at least a witty sarcasm, about human nature. 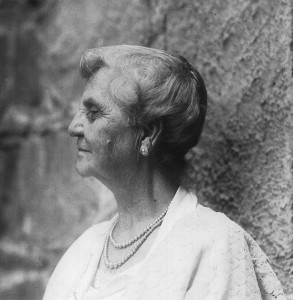 Peattie stood at the door of the Progressive Era and held it open for a new generation of women who would continue to seek careers, gain universal suffrage for women, promote birth control, and continue to fight vice, filth, corruption, ugliness, ignorance, and exploitation.

The impact of Peattie’s legacy evidenced itself when she returned to Omaha in 1923 at the invitation of the Omaha Woman’s Press Club. Although she had been absent from Omaha for twenty-five years, over five hundred women crowed into the Fontenelle Hotel to hear her read. In addition, she spoke before a full house at the Omaha Woman’s Club where, appropriately, the proceeds of the program went toward “helping to set other ambitious women on the high road to literary fame.” A loving and beloved mother and wife and a successful journalist, Peattie proved that a woman, if she wanted it, could have it all.