(For more information, see my biography, Kate M. Cleary, A Literary Biography with Selected Works published by the University of Nebraska Press. Photographs may not be used without permission.) 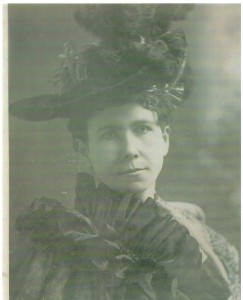 Kate McPhelim Cleary (1862-1905), the daughter of Irish immigrants, was born in New Brunswick, Canada. After her father’s death, the family moved to Ireland, Philadelphia, and then Chicago. Cleary began publishing stories and poems in Saturday Night at age fourteen, and later was a frequent contributor for the Chicago Tribune.

At first Cleary wrote under various names and pseudonyms: K. Temple More, Kate McPhelim, Mrs. Kate Chrystal (The Lady of Lynhurst, 1884), and Mrs. Sumner Hayden (Vella Vernel, or an Amazing Marriage, 1887).  After her marriage to Michael Cleary and their move to Hubbell, Nebraska, in 1884, she also began signing her works “Kate M. Cleary” or “K.M.C.” Although some of her stories and sketches are bleakly naturalistic, much of her best writing offers a humorous look at western society. Her mystery novel, Like a Gallant Lady, 1897, created controversy in Nebraska over its depiction of the state and its people.

The family returned to Chicago in 1998 where they struggled economically to survive; thus, many of her later stories are potboilers to support her family. When Cleary died in 1905 at age 43 after an unsuccessful, badly administered morphine addiction cure at the Elgin Asylum, Chicago newspapers named her “one of the best-known magazine writers in the country.”

Cleary used laughter to survive the poverty of her childhood and the cultural gap between life in Chicago and in a brand-new Nebraska village nestled in a valley near the Kansas border. Cleary wrote three novels as well as hundreds of stories and poems for newspapers and periodicals during her short life to help support her family. During the economic 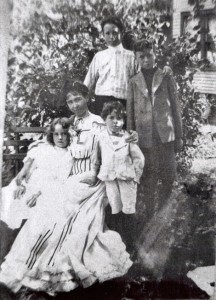 depression of the 1890s, when her husband’s business and health were failing, her mother and two daughters had died from illnesses, and she was struggling against an addiction to morphine prescribed by her family physician after a difficult childbirth, she penned, ironically, her most humorous stories and poems. Laughter came to her rescue.

Cleary’s friend, journalist Elia Peattie, notes Cleary’s ability to cope with adversity through her humorous temperament. In her column for the Omaha World Herald, in an 1893 article entitled “A Bohemian in Nebraska,” Peattie exclaims that “the art of living is not a thing controlled by environment and circumstances.” Cleary is an example “for some of our serious, hard-working American women to know how humor, imagination, ability and adaptability can illuminate our lonely western life.” Upon entering Cleary’s home, Peattie writes, one is immediately ushered into a comfortable chair in the book-lined living room and handed a glass of beer: “The big world of letters is around you. You laugh with all those who have ever, by laughing, made themselves famous. You feel as if the spirits of all those who were cleverest that ever you have known, had come out with you over the wind-racked plains, and were there, drinking beer and laughing, too.”

As a regionalist, Cleary’s work, deeply rooted in place, represents universal human emotions and conditions. Her realistic and naturalistic stories powerfully depict the hardships of the pioneer West viewed first hand by a woman who endured the droughts and blizzards of Nebraska and who knew its inhabitants on a first-name basis. Most significant are her humorous stories and sketches whose light-hearted satire gently mocked the Cult of True Womanhood, the foolishness of social pretension, and the perennial battles between the sexes while realistically depicting the lives and customs of American pioneers.