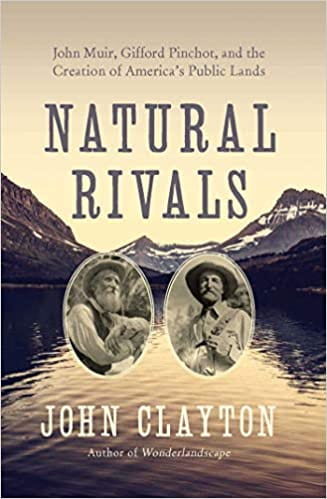 Natural Rivals is an expert and balanced analysis of the characters of John Muir and Gifford Pinchot as well as the pivotal role they played in preserving America’s natural resources. Facts, descriptions, observations, and interpretations all flow smoothly together, the current of the prose sweeping the reader along on a pleasant voyage of discovery of the environmental history of America’s public lands.

In the “Prologue,” Clayton sets out to dispel the oft-accepted belief in the opposing philosophies and personalities of Muir and Pinchot: “practical Pinchot is conservation” whereas spiritual Muir is preservation” (xvii). What he sets out to prove is that “they simply offered alternative paths to articulating a constructive societal relationship” (xix). He states that managing public lands was complicated, and the major conflict centered on society’s relationship with nature. He clearly sets forth his thesis: “This book tells how the Dream Team of rivals John Muir and Gifford Pincott contributed to establishing the public lands ideal” (xx) and that “rivalries such as theirs can sometimes be productive rather than divisive” (xxi). Not only does Clayton clearly articulate his thesis, but he organizes his material logically and systematically, using multiple sources to help us understand the backgrounds of these two influential men and their role in the American environmental movement.

In Part I, Clayton focuses on the biographical backgrounds of these two men, not simply retelling their life histories but interpreting them and showing the connections and differences in their lives. He explores the nuances and intricacies of their relationship, not only with each other but also with nature.

However, this book not just a simple set of inter-related biographies. In Part II, Clayton uses these two men’s beliefs and actions to analyze the controversial issues surrounding the establishment of America’s first public lands and their purposes. Although the path to the Pettigrew Amendment was complicated with the typical political roadblocks, Clayton cogently explains the process and how both Muir and Pinchott were essential in its passage.

Clayton’s Epilogue is exceptional in its synthesis of the perceived Muir/Pinchott divide, calling it an “illusion.” He asks his reader to “free public lands from the illusion of a preservation-versus-conservation dichotomy” so that administrators can begin to “see public lands as a canvas for variable and changing visions of nature” (212). It was the merging of the visions of these two men that created the birth of public lands. Clayton concludes his Epilogue in the perfect textbook fashion of an argumentative essay and sends out a call for action for our nation and the world today. Just as America faced an environmental crisis at the turn-of-the-nineteenth century as our natural resources were being depleted, today we also face another environmental crisis: climate change. The connection to the past is apparent, and Clayton proposes that we learn from the examples of Muir and Pinchott: “we need a marriage of morality and 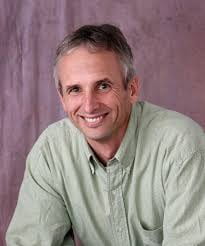 capability” (215). The final paragraph of the Epilogue is outstanding. The last two sentences are as bright and forceful as a strike of lightning: “We need a prophet collaborating with a statesman. Natural rivals, coming together to be revealed as complementary and interdependent” (215). What a perfect ending that sums up the whole book!

Clayton himself is a sort of synthesis of Muir and Pinchott. His research is as meticulous and wide-ranging as that of Pinchott, and his prose often matches Muir’s in his descriptions of nature. “Tall evergreens behind me cast a shadow onto the shoreline. Beneath the lake’s clear waters, pebbles burst out in yellows, purples, and reds, as if the lake bed is lined with colored marbles” (213). Throughout the book, Clayton’s prose was a joy to read: concise, clear, and often poetic.

Environmental writing, history, and research are not my specialty, so I am not sure how “groundbreaking” this work is, but the biographical elements are perfectly done.  Both men come alive for the reader as distinct, multi-faceted individuals. Nor does Clayton merely laud them, for he presents their flaws and failings, too.