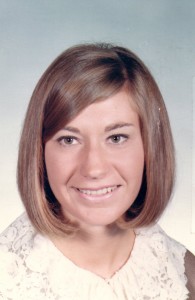 I began my career teaching English and French at 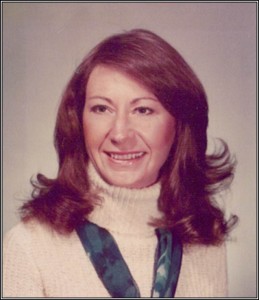 Axtell High School (see photo at left for a picture taken in 1968, my first year of teaching). After receiving my MA Ed from UNK in English, I started teaching as an adjunct in 1979 (see photo at right taken at KSC in 1979). I loved teaching on the college level so much that I decided to go for my doctorate, and I commuted for five years to Lincoln while teaching as an adjunct at UNK. I received my PhD and a tenure track position as Assistant Professor at UNK in 1988! I chose to begin phased retirement in the fall of 2013 because my husband and I moved to Colorado, and I officially retired in the spring of 2015. However,  I continued to teach a couple of online courses of Western American Literature as an adjunct again until May 2018 when I retired completely. 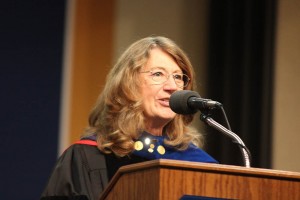 I was honored to be a recipient of the UNK 2013 Outstanding Alumni Award and excited to be asked to give the commencement address for the summer 2014 graduation, forty-six years after my own summer graduation in 1968. The title of my speech was “Life Accumulates.”  Isn’t it interesting how my life has come full circle? (I also noticed that my hairdo is the same as 36 years ago!)