As I child, I devoured the Bobbsey Twins series, moved to the Nancy Drew mysteries, and then consumed all of the Famous Horse Stories. After I had read everything that interested me in the children’s section of our small, rural library in the 1950s, the librarian took me into the adult section of the library. What a heady experience! She started me out with Pearl Buck’s The Good Earth and Daphne du Maurier’s Rebecca, and I began reading everything available by these two classic authors, then moved on to Steinbeck. I should have divined then that I would become an English teacher. Still today, when I find an author that I admire, I become a obsessive fan.

My initial reading of Ivan Doig was as a graduate student when I read his nonfiction work This House of Sky: Landscapes of a Western Mind (1978) for a Plains Literature Course. Years later, I attended a Western Literature Conference in South Dakota and received a free copy of The Whistling Season, which promptly began collecting dust beside This House of Sky. When a close friend mentioned that her book club was reading A Whistling Season and that I would enjoy it, I was delighted to find that I still had my copy. Blowing off the dust, I began reading.

Doig narrates The Whistling Season through the eyes of Paul Milliron, who revisits his childhood home in 1957. Now, as Superintendent of Schools, his charge is to consolidate the rural schools in Montana, basically eliminating the historic one-room school that shaped him as a boy. As he revisits the decaying homestead where he grew up, the story flashes back to 1909, when his father, Oliver, a widower in need of a housekeeper, hires Rose Llewellyn, a widow from for Minnesota seeking employment. She advertises herself succinctly: “Can’t Cook But Doesn’t Bite.” Intrigued, Oliver hires her, only to be surprised upon her arrival to discover that she has also brought along her brother, Morris Morgan. Rose soon has the house and three sons immaculate, literally whistling while she works, but she remains adamant in refusing to cook. Meanwhile, Morris takes over the teaching duties of the country school when the school teacher elopes with an itinerant preacher. Doig wondrously transports the reader into the hardscrabble homesteaders’ lives in eastern Montana, onto the hard desks of the one-room school, and among the schoolchildren in the playground where alliances take shape. Add to that the eccentric but compelling characters as well as an ending that totally took me by surprise (although in hindsight, I see that it was foreshadowed), and you have a book that is hard to put down. It will no longer collect dust on my bookshelf as it is now circulating among my friends.

Immediately after completing The Whistling Season, upon the suggestion of another friend, I took up The Last Bus to Wisdom, Doig’s last novel published before his death last year. This novel is set in 1951, and the narrator is an eleven-year-old boy being raised by his grandmother, a cook on a large ranch in Montana. When she has to undergo surgery for “female trouble,” she sends Donny off on a Greyhound bus to stay with her sister and husband in Wisconsin. However, life with his bossy aunt and hen-pecked husband does not work out, so he and his uncle, Herman the German, escape to see the West of Herman’s idol, author Karl May. The novel follows the classic journey theme, with much of the action taking place in the “dog bus,” filled with the eccentric characters that Doig draws so well. The plot is action-packed with lots of twists, turns, and surprises plus an ending that would satisfy even the most demanding of my student readers, for it ties up all of the loose ends that they always seem so desperately to need in a story. As this is the last of Doig’s novels (he died in April 2015 of cancer at age 75), this seems fitting.

Then, I chanced up0n a copy of The Bartender’s Tale in a local book store. In this novel, Doig again employs an adolescent boy as narrator. Russell, “Rusty,” has been raised by his aunt in Arizona until one day his father, T0m Harry, arrives to take over his paternal duties when his son “an accident between the sheets,” is old enough to begin school. Tom is a bartender at the Medicine Lodge in Gros Ventre, Montana, and the back rooms of the bar become Rusty’s home. However, when Rusty turns twelve in 1960, his life suddenly becomes complex. That summer, a new family takes over the local restaurant, and he becomes best friends with Zoe, who will be his classmate. The two eavesdrop on the patrons in the bar, explore the pawn-shop-like collection of treasures in the backroom, and after watching an outdoor Shakespeare production of As You Like It, make their small world into a stage where they practice comic “bits” with each other. Tom has kept his past secret from Rusty until Delano Robertson arrives, asking for his help in doing research for his “Missing Voices Oral History Project.” Not only does he want to interview the Mudjacks who worked on the Fort Peck dam project in the 1930s at their Twenty-Five Year Reunion, but he also wants to record Tom’s story about the years he spent as bartender at the Blue Eagle Saloon there. When Proxy, a taxi dancer Tom knew at Fort Peck, arrives with his alleged daughter, a dark-haired hippie, and asks Tom to teach her to be a bartender, Rusty’s life becomes even more complicated. As with Doig’s other novels, eccentric characters inhabit a narrative that serves up enough twists to keep readers intrigued. The theme of theatrical performance ties together the various subplots as Rusty and Zoe learn the difference between pretense and reality. Again, the novel has an ending of which my students would approve! 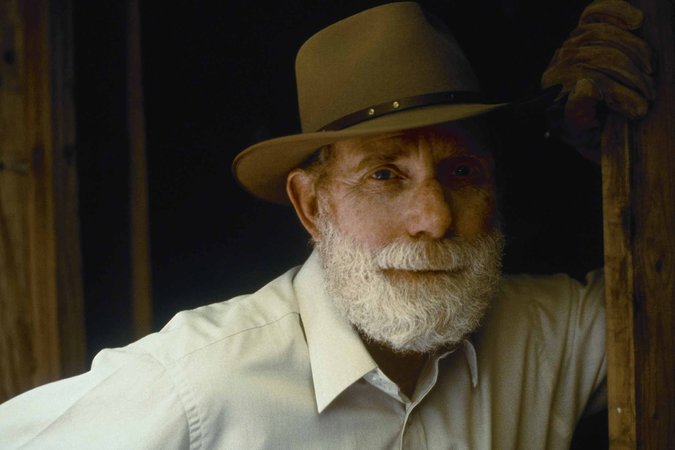 In an interview on the Harcourt website, Doig describes his style of writing as  “poetry under the prose.” He explains that “Rhythm, word choice, and premeditated lyrical intent are the elements of this type of writing. In the diary I kept while working on This House of Sky, I vowed to try to have a ‘trap of poetry’ in the book’s every sentence. I suppose that inclination is visible in all my books.” And it is. On the first page of Last Bus to Wisdom, Doig writes, How things have changed in the world. I see the young people of today traveling the planet with their individual backpacks and weightless independence. Back, then, on the epic journey that determined my life and drastically turned the course of others, I lived out of my grandmother’s wicker suitcase and carried a responsibility bigger than I was” (3-4).

Another way that Doig infiltrates poetry into his fiction is by creating original songs and poems that show up in works. For example, in The Whistling Season, he composed the song that the homesteaders sing when they gather to celebrate the arrival of Haley’s Comet, employing slant rhymes at the beginnings and the endings of the lines.

When I see that evening star,
Then I know that I’ve come far,
Through the day, through all plight,
To the watchfire of the night.

Doig fills The Last Bus to Wisdom with these verses as Donny collects autographs from people that he meets on his travels. A withered old woman whom he meets on the bus pens a poem that becomes prophetic.

When twilight drops a curtain
and pins it with a star,
Remember that you have a friend
Though she may wander far. (93)

Beginnings are important, too, for writers, and here is another place where Doig excels.

The Whistling Season : “When I visit the last corners of my life again after so long a time, the littlest things jump out first. The oilcloth, tiny blue windmills on white squares, worn to colorless smears at out four places at the kitchen table. Our father’s pungent coffee, so strong it was almost ambulatory, which he gulped down from suppertime to bedtime and then slept like a sphinx. The pesky wind, the one element we count count on at Marias Coulee, whistling into some weather-cracked cranny of this house as if invited in” (1).

Last Bus to Wisdom: “The town of Gros Ventre was so far from anywhere that you had to take a bus to catch the bus” (3).

The Bartender’s Tale: “My father was the best bartender who ever lived. No one really questioned that in a town like Gros Ventre, glad of any honor, or out in the lonely sheep camps and bunkhouses and other parched locations of the Two Medicine country, where the Medicine Lodge saloon was viewed as a nearly holy oasis” (1)

I would urge everyone to go on an Ivan Doig binge. He will hook you on the very first line, introduce you to memorable characters, and enchant you with his poetic prose. I’ll bet you can’t read just one!