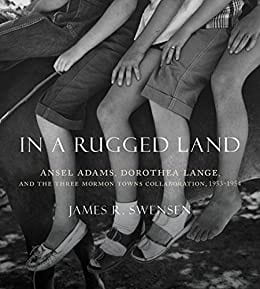 Although I would not consider myself an expert on Adams, Lange, or photography, I have read their biographies, own books of their photographs as well as those of other famous photographers, and I am an amateur photographer myself. I have taken photography classes and have had darkroom experience. I have also visited three museum exhibits of Adams photographs. Thus, the subject of this book strongly interested me.

The biographical element of this book is unusual. While I was expecting to learn more about the lives of Adams and Lange, the book only focuses on a few short years of their lives. However, since much has been published about these famous photographers already, James R. Swenson does an excellent job in choosing which biographical elements to incorporate that explicates their collaborative process. Moreover, he analyzes their actions, motives, and photographic choices to give a more in-depth view of their characters than any factual biography could accomplish. I learned more about these two artists’ personalities than I would have in a full-fledged biography. However, I think the true biographies in Rugged Land are of the three towns. The histories, descriptions, and photographs of these towns, their inhabitants’ interactions with the photographers, and the photographers’ pictorial interpretations of the towns and the people are the heart of the book. Swenson even brings us up to date on these towns today.

Rugged Land also has a very balanced and logical organization. Swenson sets the stage for the entry of Adams and Lange into Utah. He begins with wide-ranging background on the LDS church, main street in American history, the Mormon place in Utah as well as American culture, and the “Mormon Idea.” Next, Swenson introduces background on the two photographers and the medium of photography. He then explains the history of photojournalism as well as the distinctive styles of both photographers. This is especially important because of the restraints that it places upon the two artists and sets up the eventual problems with the project. I thought chapter 3 “In the Field” was especially interesting because it explained the “process” of the project (obtaining permission from the church hierarchy) as well as the “themes” that Lange chose for each of the towns. Their project would be “synaesthetic” (78), an experiment in “photo-writing” (77).

The “biographies” of the three towns follow in the next three chapters, and the photographs chosen for Rugged Land show how these themes played out. The last four chapter focus on the product, the Life photo story. Swenson has a strong conclusion to his book, also. He analyzes the negative as well as positive aspects of the Life project, its importance in the history of Mormonism as well as the evolution of the art of photography, the universality of the images of the people and landscapes that still resonate with viewers today, and the place of their work in relation to others who came after them.  He also challenges the reader to reconsider the importance of this project in the oeuvres of Lang and Adams. 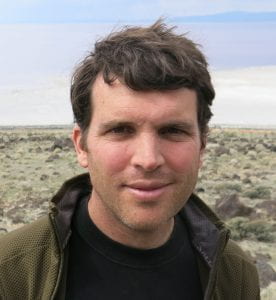 Swenson’s style is clear, concise, and descriptive. I especially enjoyed his analysis and interpretation of the photographs themselves. In many places I marked favorite sentences: “There is a certain intimacy within this portrait: a feeling of woman to woman, navel to navel. It is more conversation between photographer and subject than mere photographic portrait” (146); “With the bright sunlight washing in from outside and highlighting the tops of the wooden pews, Lange and Adams created an endearing portrait of a community” (152); “Unlike Toquerville, which seems to have been forgotten by or removed from the modern world, St. George was embracing it” (176).

The photographs are amazing, and I enjoyed “reading” them, too, and finding out about their backgrounds. It added so much to my appreciation of them. These, too, must be considered part of the textual biographies of Adams, Lange, and the three towns, my favorite part of this book. Swenson states that Lange and Adams were searching for “the essence of the Mormon people and their towns” (45). I think that they found it.

An associate professor of art history and the history of photography at Brigham Young University, Swenson’s 2015 book also focused on photographs, Picturing Migrants: The Grapes of Wrath and New Deal Documentary Photography (University of Oklahoma Press). It is not surprising, then, that this young author has amassed several prestigious awards. He received the 2016-2019 Butler Young Scholar from the Charles Redd Center for Western American Studies and the LeRoy Axland Best Utah History Article Award in 2018.  In a Rugged Land has received the Best Book in Utah History Book Award from the Utah State Historical Society, the Joan Paterson Kerr Book Award for best illustrated book on the history of the American West from the Western History Association, and an honorable mention for the best book of the year award from the Mormon History Association. Recently, he received the Evans Biography Award from the Mountain West Center at Utah State University.

One thought on “Two Great Photographers”